In years past, counseling was often sought out when there was a problem to fix. But that is no longer the case. Counseling can be a wonderful way to head off problems at the pass, particularly for couples that are planning to get married. If you're on the fence about seeking premarital counseling, here are four great reasons to say "yes" to therapy before saying "I do."

Most everyone has heard the idiom "rose-colored glasses," where everything your partner does is just downright adorable and they can do no wrong. They are the little characteristics like the way she picks the popcorn out of her teeth at the movies, or the way he casually throws on a T-shirt without bothering to iron it first. Yep, he's a real bad boy, and you love it.

The thing is, no one is actually aware they're wearing such glasses. And over time, you might end up overlooking those things that could cause potential problems down the road.

Don't worry. You can still wear the rose-colored glasses. You just need to know when it's appropriate—and healthy—to remove them. A couples therapist can teach you how spot those little idiosyncrasies you might otherwise be unaware of, and they can show you how to confront potential problems before they become an issue.

Communication is key in any type of relationship. But in a marriage, it's paramount. According to Mary Jo Rapini, a licensed relationship and family therapist, poor communication is the leading cause of divorce and the number one reason all couples split up. In her expertise, she claims this happens when couples get to know their partners so well that they begin to predict their feelings and behaviors. She also claims that this is exacerbated by electronic communications (social media and text messaging) where you are unable to see facial expressions and other nuances that indicate how one feels when talking.

It's easy for emotions to unfurl and spin out of control when miscommunications take place. But a good therapist can teach you vital skills for communicating more effectively. One of those methods Rapini mentions is "parroting." This is the simple act of repeating what your partner has said. It can be an incredibly effective communication tool for several reasons.

First, it shows your partner you hear them, that you're listening. Second, when you repeat back, word for word, what you've heard, it gives the other person a chance to determine whether or not they're actually saying what they mean.

For instance, suppose your partner says, "I am furious with you for neglecting to help me plan the birthday party." When you repeat this back, your partner may realize they sound a little harsh or overbearing. Or they may come to the conclusion that they haven't gotten their point across at all.

Parroting is just one communication skill that many couples learn in premarital counseling.

Maybe there is a particular topic that has come up in the past, but neither one of you were able to come up with a definitive resolution. Or perhaps there's something you want to discuss, but you don't know how, so you've just swept it under the rug.

Touchy subjects a just that: touchy. They hurt to talk about, and they're scary to approach, even for couples in love. You might fear how your partner will react to your desire to have kids so soon or for wanting your own separate checking account.

A couples therapist knows how to approach certain topics delicately, such as those related to money, having kids and how to raise them, religion and spirituality, and many other subjects that can fire up the emotions. It's important to look at these issues before getting married so there are no surprises and unmet expectations after you've said your vows. Once these things are laid out on the table, you will be more confident when dealing with them in the future.

Solidify Your Future Together

In The Journal of Family Psychology, it was reported that couples who go through some sort of counseling before marriage were 31% less likely to go through a divorce down the road. These same couples reported a higher marital bliss, which isn't surprising. So, if you want to increase the likelihood of staying together for the long haul (and who doesn't?) then premarital counseling can surely benefit you and yours. 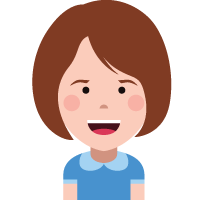